The resident droid of the Ghost starship, Chopper assists the crew in everything from ship maintenance to combat, even though he doesn’t always want to.

The 6-inch-scale Black Series figure is detailed to look like the Chopper (C1-10P) character from the Star Wars Rebels animated series, featuring premium detail and multiple points of articulation. 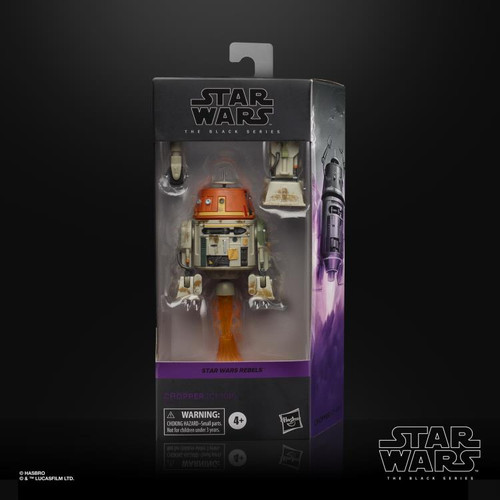