Enter the world of Star Wars and launch into action and adventure! Discover a galaxy of starships and vehicles and get immersed in exciting stories of good versus evil against a backdrop of a universe populated by heroes and villains, droids and space creatures. Picture new galactic maneuvers and brace for mega lightspeed action with this 3.75" Imperial Stormtrooper figure from Star Wars: Rogue One!

Stormtroopers are the faceless legions of soldiers serving the Galactic Empire. Encased in white armor, stormtroopers are loyal Imperials who undergo rigorous training that strips them of any sense of individuality. Experience the imposing threat that is the first Death Star.

Relive the moments of climactic battle with this 3.75" Imperial Stormtrooper figure from Star Wars: Rogue One! 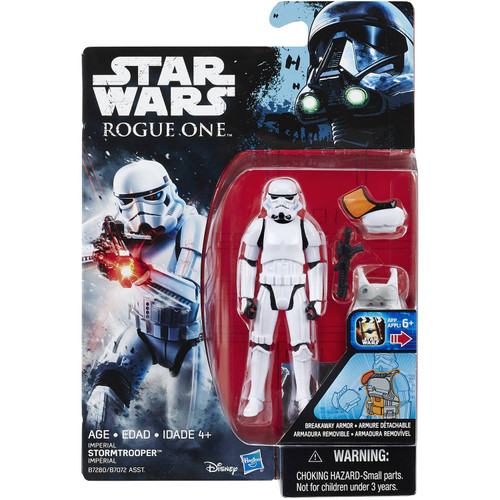