From Banpresto. The battle continues in Dragon Ball Super the Movie, a Dragon Ball movie depicting Goku's epic battle against the legendary Saiyan Broly! The intense determination of Goku, Vegeta, and Broly himself are preserved in Banpresto's Dragon Ball Super the Movie Ultimate Soldiers -The Movie- figure series that's as epic as the movie itself! The next Grandista figure to join the series is Gogeta! He stands about 10" tall, ready to battle in Super Saiyan God Super Saiyan form! 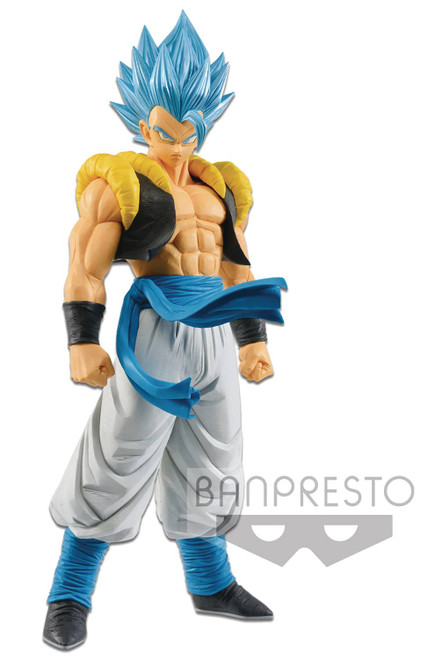