It's an exciting time to be a Masters of the Universe fan! For longtime fans and a new generation of kids who love adventure, now is the time to discover the thrilling action of He-Man, MOTU Origins Skeletor, the secrets of Castle Grayskull and so much more! This 5 1/2-inch MOTU Battle Armor Skeletor figure has 16 movable joints for action scenes and power posing. And this exciting figure comes with extra accessories and a special swappable head! Figure also wears battle armor that spins to show when he's sustained damage in combat!

MOTU fans and collectors will appreciate the authentic styling that mirrors the original 1980s MOTU characters while adding modern design elements. Aficionados will also love the classically stylized retro-packaging in this MOTU Skeletor Action Figure and the included mini comic book from a series that explores new story lines and introduces heroes, villains, and allies! 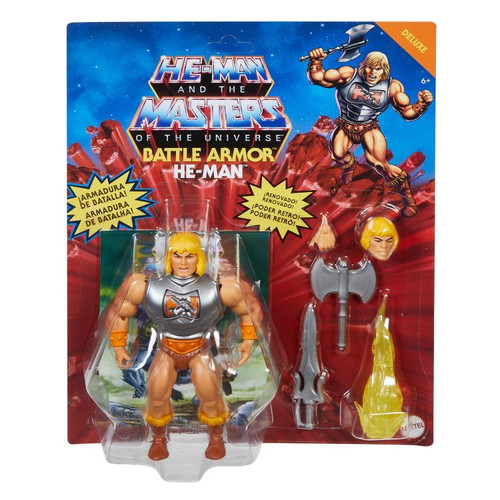