An Ewok scout, Teebo sounded the horn summoning the Ewoks to fight the stormtroopers during the Battle of Endor as seen in the movie Star Wars: Episode VI Return of the Jedi.

The 6-inch-scale Black Series figure is detailed to look like the Teebo (Ewok) character and features premium detail and multiple points of articulation. 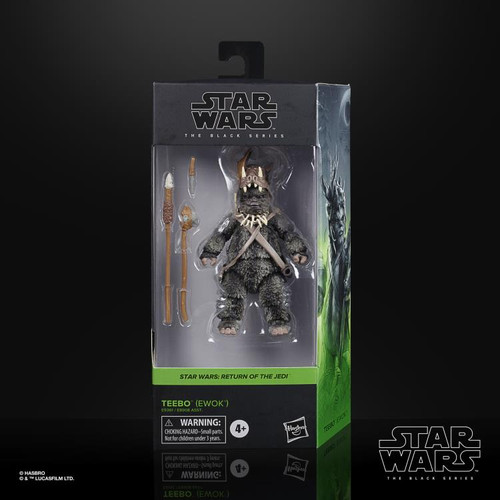