As a member of the Ghost crew, Sabine Wren used her talents for bomb-making to great effect against the Empire and would often mark her work with spray-paint tags.

The 6-inch-scale Black Series figure is detailed to look like the Sabine Wren character from the Star Wars Rebels animated series, featuring premium detail and multiple points of articulation. 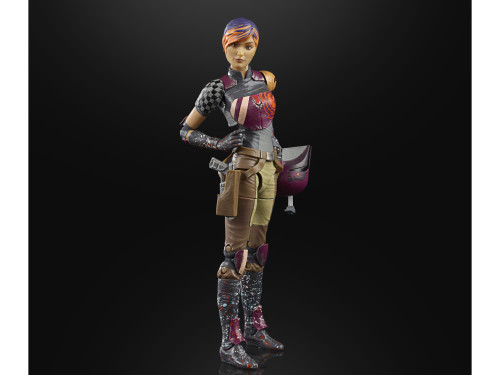